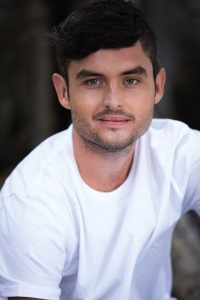 Lech Blaine is a writer from country Queensland. His childhood was the feature of a Conversations with Richard Fidler episode about the foster care system.

Lech’s work has been published in a range of places including Best Australian Essays, Kill Your Darlings, Meanjin, The Griffith Review, The Guardian, The Lifted Brow and The Monthly. He was an inaugural recipient of a Griffith Review Queensland Writers Fellowship. In 2017, he won the Queensland Premier’s Young Publishers and Writers Award. In 2019, he was awarded a Brisbane Lord Mayor’s Emerging Artist Fellowship.

Lech wrote most his first book Car Crash: A Memoir while running a three-star motel in Bundaberg. It examines the private lives hiding inside the public tragedy of a fatal head-on collision. A survivor stumbles through a lucky country where car crashes compete for front-page coverage with bushfires, flu pandemics, political coups and flash floods, but where family breakdown and mental illness remain taboo subjects. Car Crash: A Memoir will be published by Black Inc. Books in April 2021.